A big thanks to everyone who has taken the trouble to view my blog pages over the last three and a half years. The total number of views has just passed 100,000 and the stats show that viewers are located in countries all over the world. 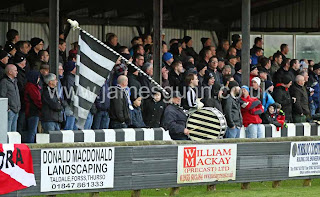 Wick Academy beat Brora Rangers 3-0 today at Harmsworth Park in front of a crowd of around 1,000. The weather was perfect for the game. Luckasz Geruzel scored two (1 penalty) and Sam Mackay got the third.

Brora's Steven MacKay missed an open goal early on before Wick got into their stride. Geruzel slotted the ball home after 34mins to give a half-time score of 1-0. Davie Allan was brought down in the box and Geruzel wouldn't let captain Sam Mackay take the kick. He smashed a low ball in the bottom corner to make it 2-0 after 73 mins. Michael Gray made a point blank save from Steven Mackay to keep Brora at bay.

Sam MacKay blasted a low ball into the net after 83 mins to make it 3-0.

Wick remain in second spot in the league, only 1 point behind Cove Rangers (who drew 1-1 with Fraserburgh).
Posted by James Gunn at 13:31 No comments:

Caithness RFC vs The Exiles/Students [22-10] 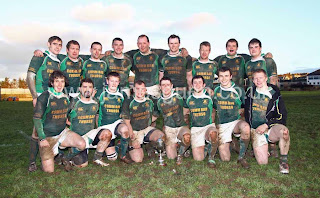 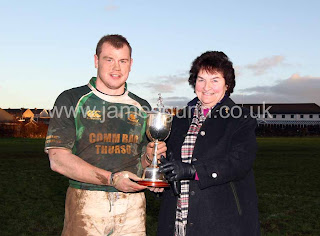 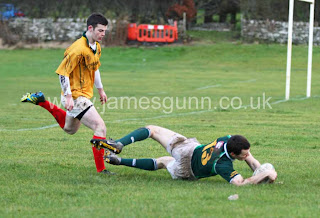 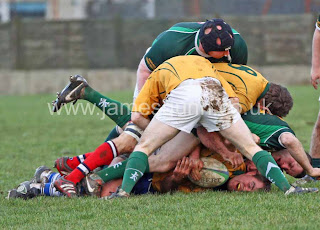 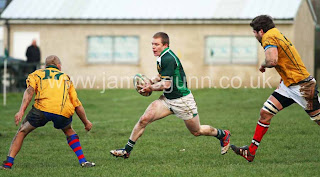 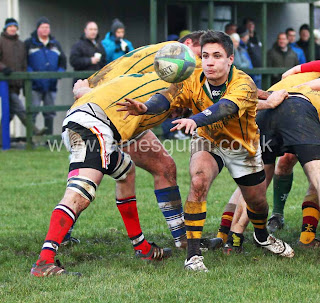 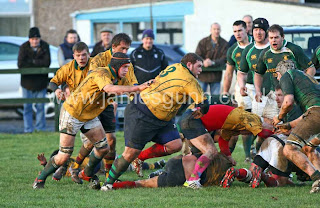 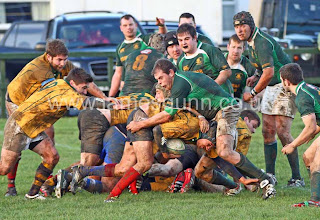 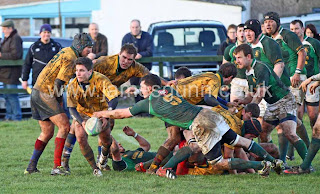 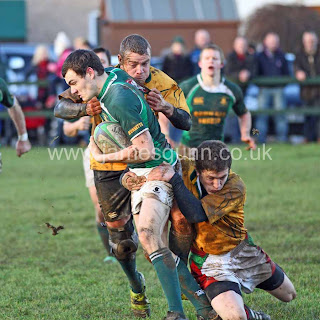 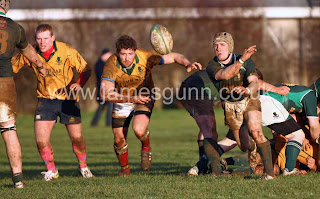 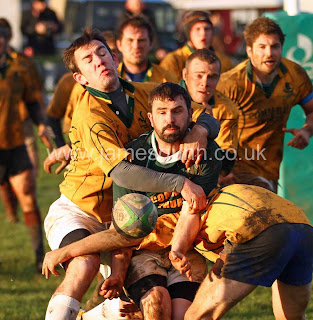 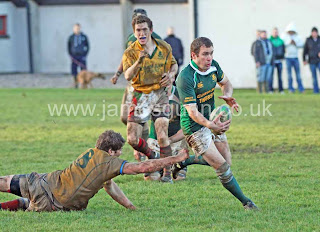 The annual Boxing Day match for the Sinclair Cadzow Memorial cup between Caithness RFC and the Caithness Exiles/Students XV was held at Millbank, Thurso, in front of a large festive crowd. The weather was cold and dry and the sun came out in the 2nd half.

Caithness scored an early breakaway try by Marc Anderson to take the lead 7-0, but the Exiles stormed back with a push-over try that was converted and a penalty to go 10-7 in front. The Exiles had all the pressure in the first half but couldn't get past the resilient Caithness defence.

Caithness took control in a very competitive second half and scored two more tries - by Gary MacKay and a mazy run by super fast Kris Hamilton. The final score was 22-10 for the Greens. 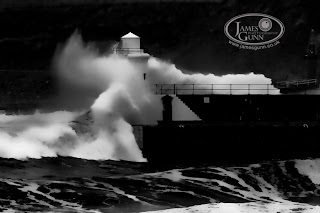 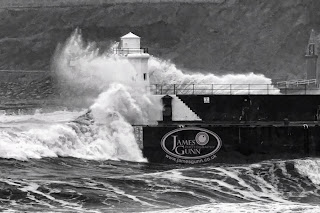 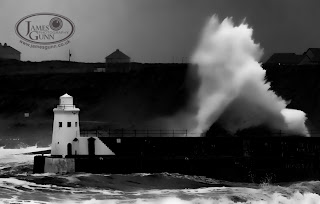 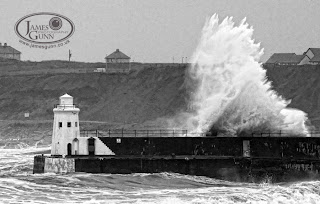 Wick bay and harbour was pretty rough today with some big waves hitting the wall and lighthouse.

Brora vs Wick Academy - abandoned at 1-0


The eagerly awaited derby match between Brora Rangers and Wick Academy was abandoned at half-time today due to the extreme wet, windy and cold weather. The players nearly had hypothermia when they trooped off.

Right from the kick-off Brora let the Wick lads know that they were in a match. Davie Allan was chopped down after only 30 secs and the Brora player was lucky that he did not get booked. There followed a succession of fouls on Wick, before Stuart Golabeck got booked.

Ritchie Hart hit the bar with a long range effort before Brora took the lead due to a late strike by Ally MacDonald. Richard MacAdie hit the post with a penalty soon after. There was little goalmouth action as the weather affected play.

There was a big crowd with both stands packed and a big police/steward presence, but no trouble.

Pics from the game are published in The Sunday Mail. 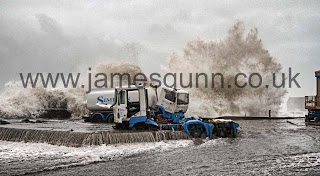 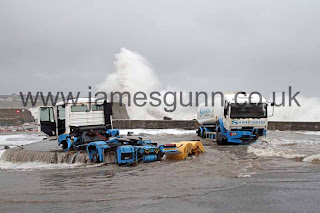 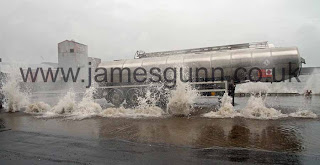 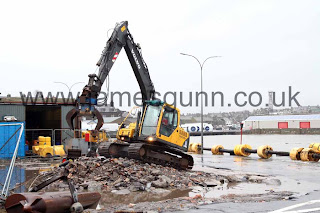 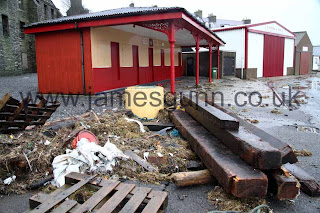 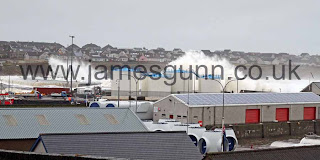 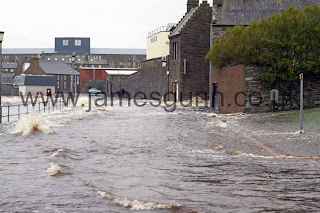 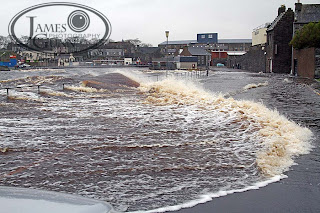 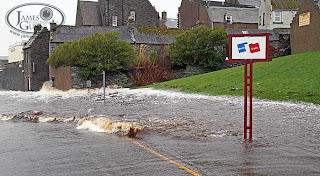 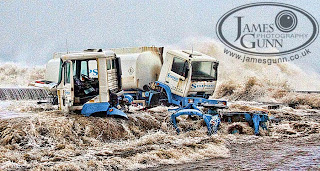 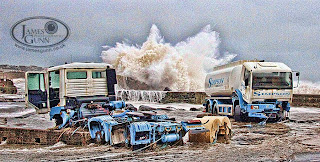 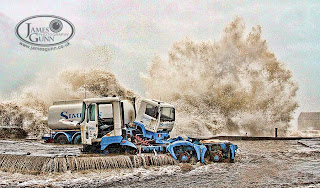 Wick was hit by a storm during the night and there was severe flooding along both banks of the river and in the harbour area. The parked cars in Market Street were apparently floating into each other.

When I was in Wick at around 1pm the waves were still crashing over the harbour walls and Market Street got flooded when a big wave came in. Lots of stone and seaweed debris on the surrounding roads.