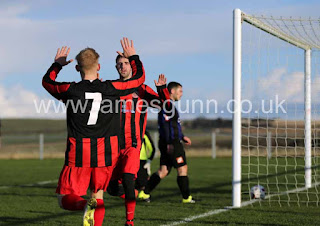 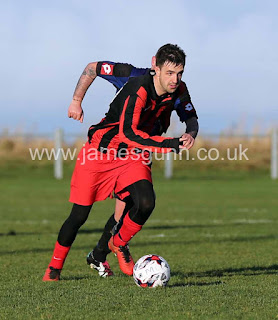 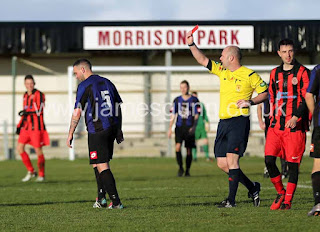 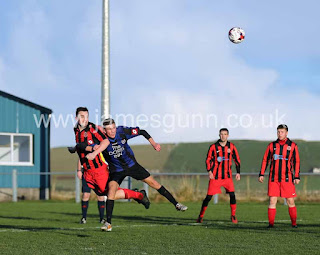 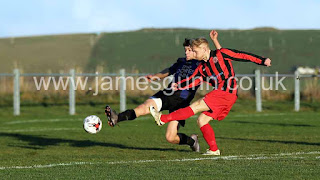 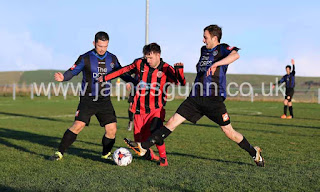 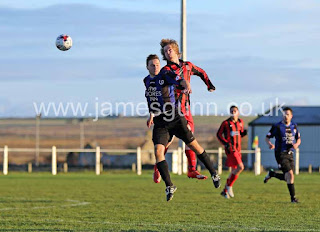 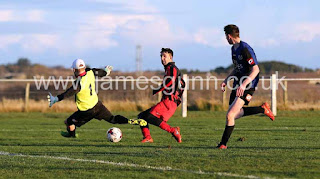 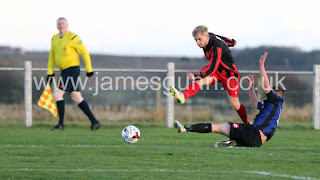 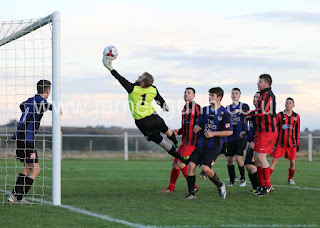 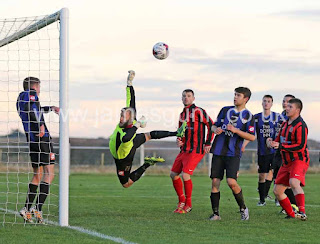 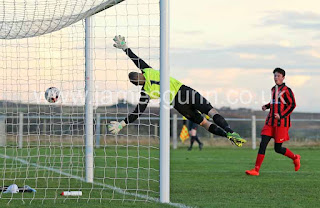 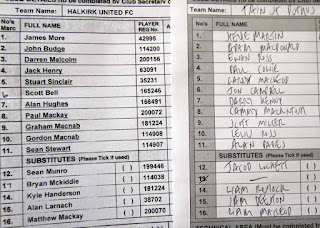 Halkirk Utd beat Tain St Duthus 5-0 at a sunny Morrison Park today. Graham MacNab scored 4 and Alan Larnach headed the 5th. Garry MacLeod was sent off with 2 yellows just before half-time, when it was 2-0. 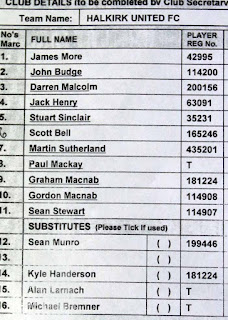 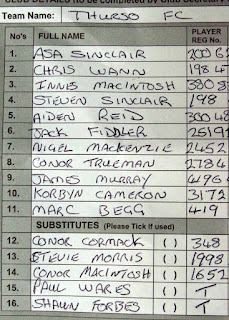 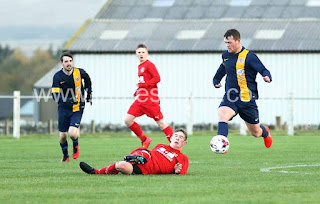 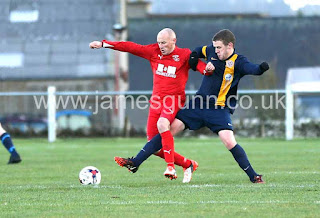 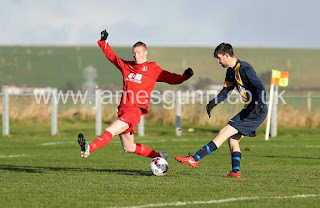 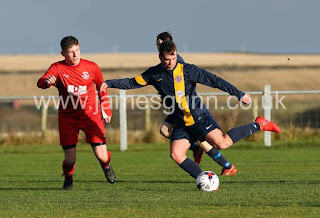 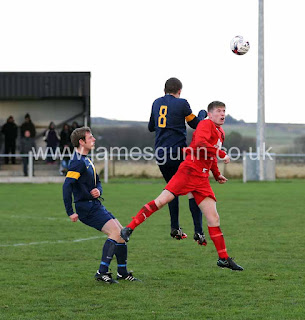 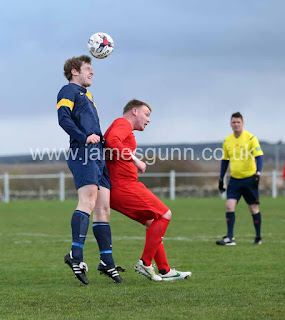 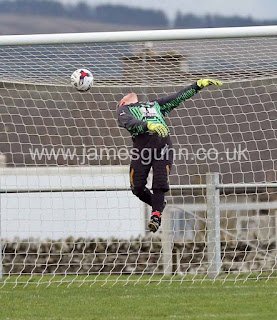 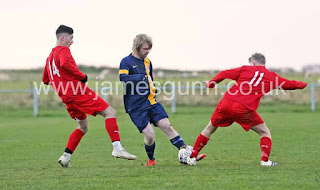 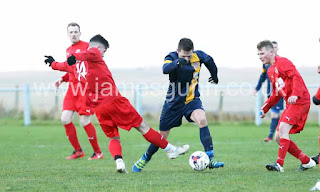 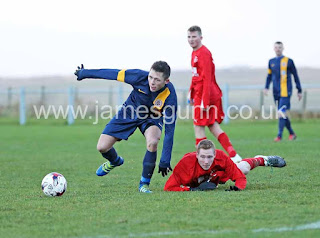 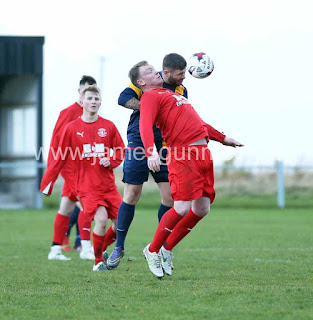 Halkirk Utd beat Thurso 4-1 in the quarter final of the North Caley cup at Morrison Park. The game was stopped for 10mins just after the start, due to a nasty hail storm. Thurso dominated early on and took the lead through James Murray. Playing into the strong wind, Halkirk scored two before the interval and could have got two more, with Sean Stewart missing a great chance from 6 yards and Darren Malcolm hitting the bar.

Halkirk scored two more in 2nd half, the last one being a cracking wind assisted 30 yard shot that went sailing over Asa Sinclair.