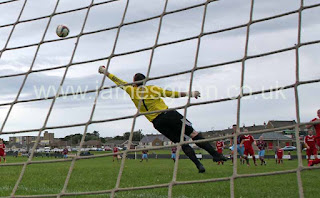 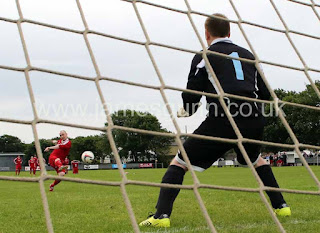 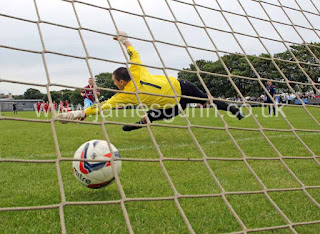 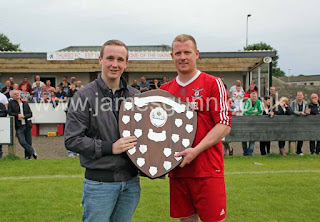 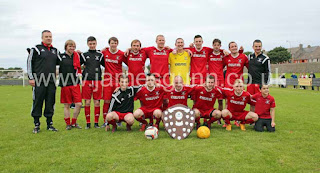 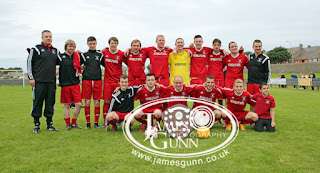 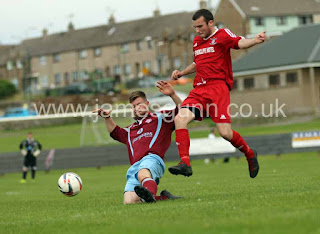 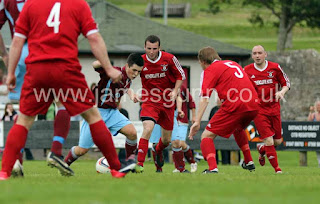 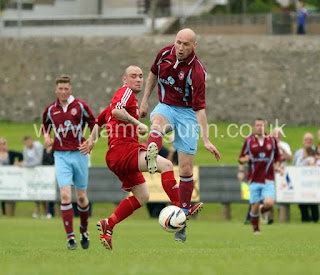 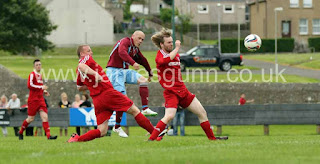 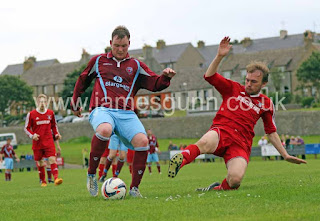 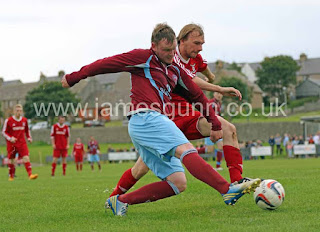 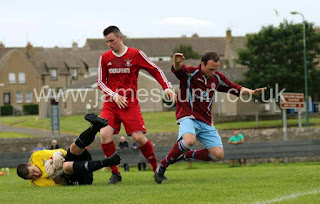 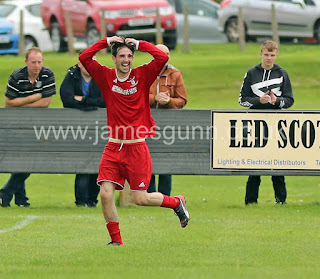 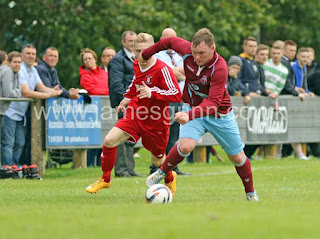 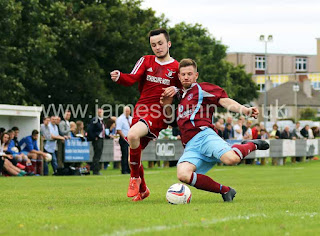 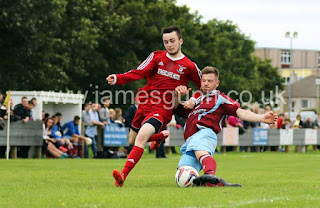 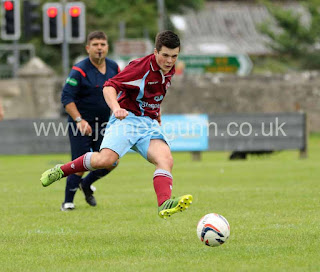 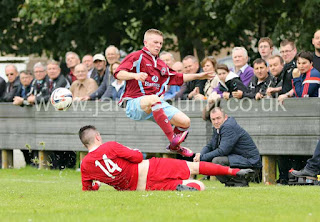 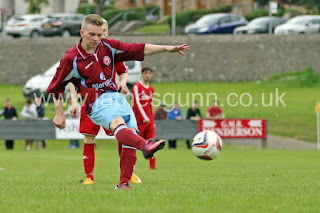 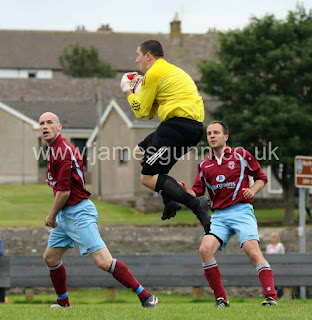 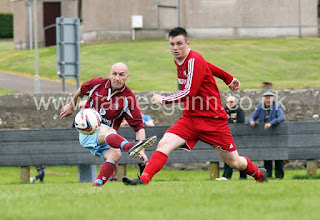 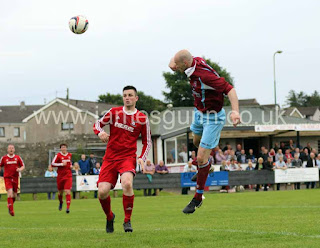 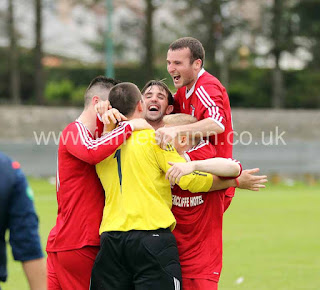 Pentland Utd played Wick Groats in the final of the David Allan Memorial Shield at Thurso's Dammies yesterday in perfect conditions and in front of a huge crowd. Wick Groats won 4-3 on penalties after it was 1-1 at full time and after extra time. Wick keeper Graeme Williamson was the hero with two penalty saves.

Utd had most of the play and the most chances but could not get past Williamson who had some brilliant saves throughout the well contested match. Wick's Graham MacNab scored in the first half and Jamie Mackenzie equalised in the 2nd half. Wick defender Gavin Sinclair was sent off for 2 yellows in the 2nd half.
Posted by James Gunn at 01:24