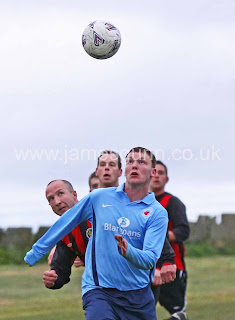 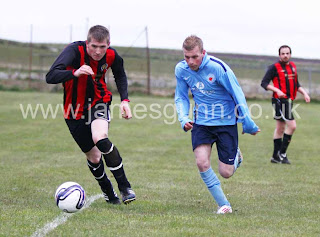 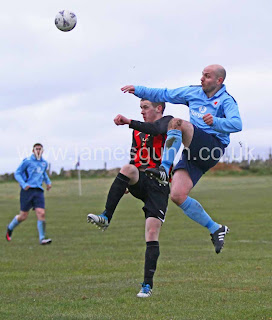 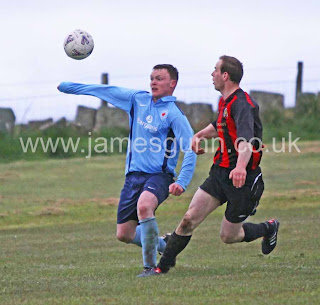 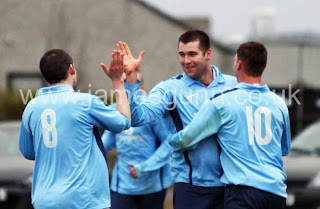 Pentland Utd beat Halkirk 5-1 tonight at Ham Park. The first half was even and ended 1-1. The Stabbies turned the screw in the second half and were comfortable winners. The best of the goals came from James Murray who scored a screamer of a 20 yard freekick into the top corner.

The match ended in a stromash and three bookings. Halkirk's Matthew Mackay fell to the ground, grabbed the ball and a Utd player put the boot in, very close to Matthew's head. Lots of players got involved in pushing and shoving and angry fingers were pointed.
Posted by James Gunn at 15:29