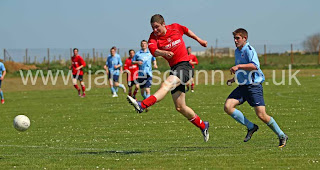 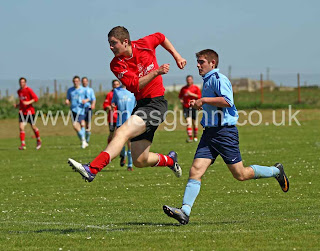 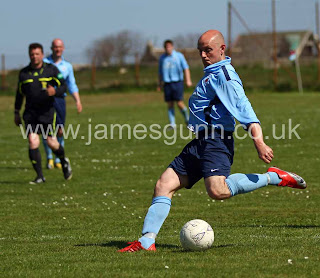 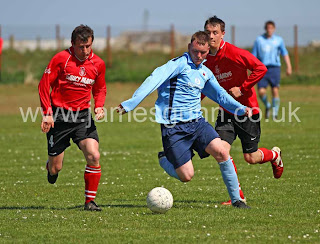 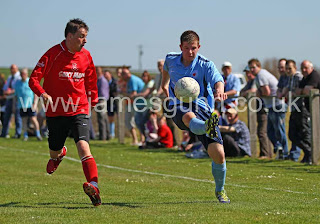 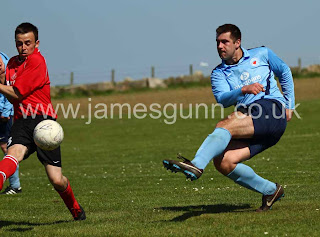 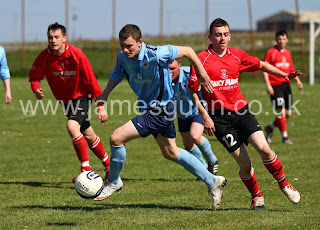 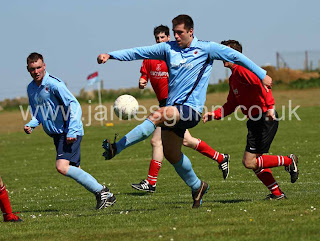 Pentland Utd beat Kyleakin 5-0 in the Highland Amateur cup today in Dunnet. James Murray scored 3, Tony Miller 1 and Tony Farquhar 1. Top scorer Lukas Geruzel didn't score, but his thunderbolt from the edge of the box was the hardest strike anyone has seen in Caithness. The keeper saved it only because the  shot was straight at him - the force knocked the keeper back 10 feet and onto the ground. Tony Miller followed up and had the simple job of heading into the empty net as the keeper struggled to recover.

Tony Farquhar and Andy MacKay were trialists for Pentland Utd.
Posted by James Gunn at 15:35