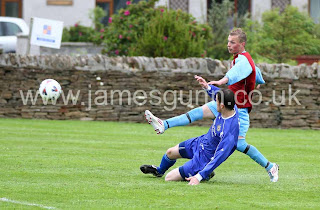 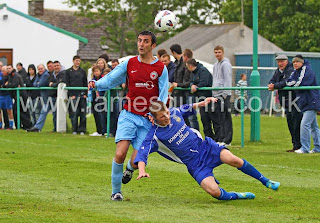 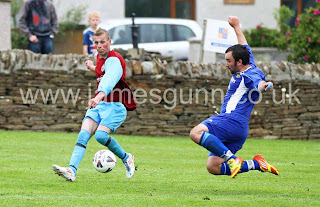 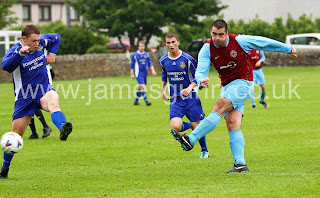 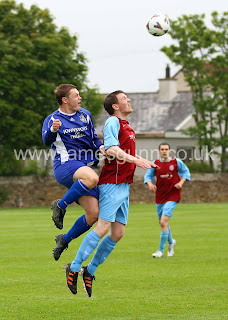 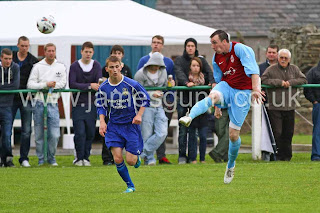 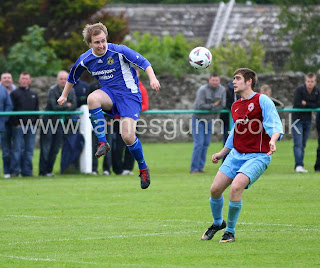 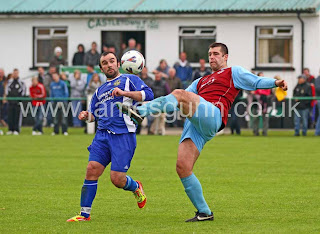 The Colin MacLeod cup final was played in a wet and cold Castletown this afternoon. Hot favourites Pentland Utd never got out of 2nd gear and Thurso Acks fully deserved their 1-0 win. Striker Murray MacKintosh lashed a low shot past Michael Gray from the edge of the box after only 20 mins to win the game.

The Stabs never really bothered Acks goalkeeper Neal Clark, whereas Michael Gray had to make several good stops to keep the score down.

Several Acks players had postponed a booked holiday to play in the final and it turned out to be worthwhile.

Iain Grant was the reporter at the match and it may be his last. He takes over as the new editor of the John O'Groat Journal and Caithness Courier next week.

Next weekend sees 4 Caithness teams in the quarter-finals of the Highland Amateur Cup.