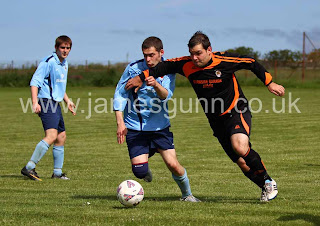 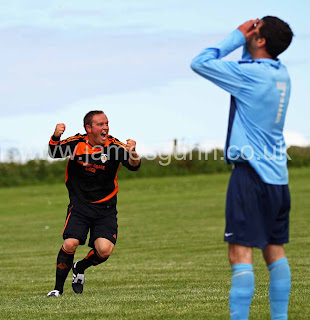 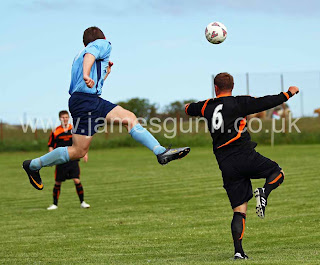 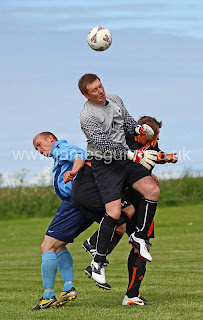 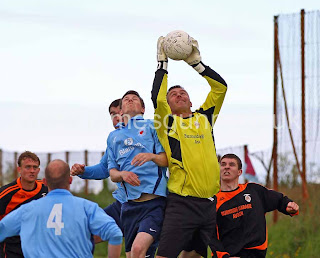 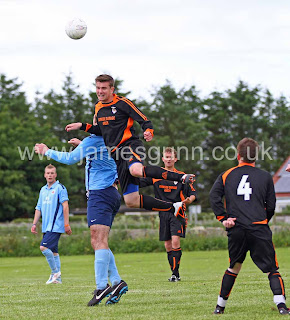 Pentland Utd lost 2-1 to Avoch after extra time in the quarter final of the Highland Amateur cup today. I arrived at half-time and Utd were 1-0 up.  Avoch equalised early in the 2nd half with a low shot from the edge of the box.

A large crowd of around 150 watched a cracking match with plenty of action, a few bookings and a controversial sending off. Utd's Tony Farquhar came on in the first half of extra time and stayed on the field for only 2 minutes. He went up for an aerial challenge and ref Bob Gunn indicated that he had deliberately elbowed an Avoch player in the face. A straight red card was shown to a distraught Tony. Most thought the decision was harsh.

Both veteran keepers (Michael Gray for Utd and Neil MacKay for Avoch) had excellent saves. 39 year old MacKay was playing his first match in over 10 months, but showed that he had not lost his reflexes. Avoch had the better chances and their defence kept the shackles on the dangerous James Murray and Lukas Geruzel.

Avoch scored in the 2nd minute of extra time with a cracking shot from out wide on the right which whizzed past Gray into the far corner. Utd should have had a penalty when goalie MacKay felled Geruzel, but Bob Gunn waved play on. (see pic above)

At the end, somebody commented that the match was worthy of being the final.