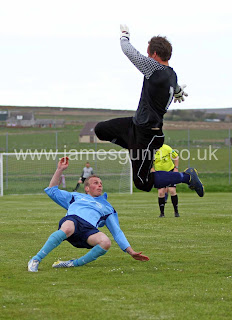 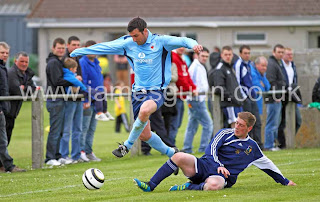 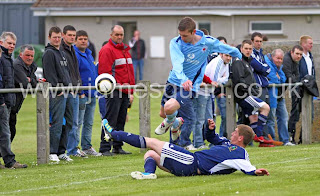 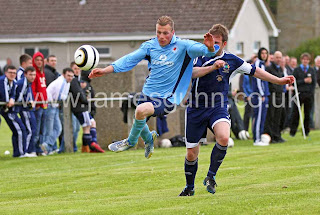 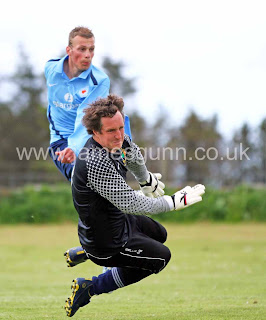 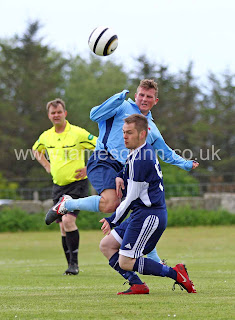 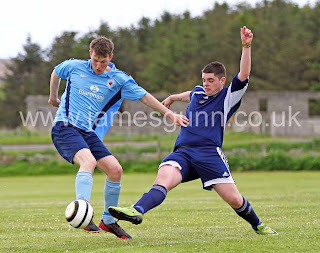 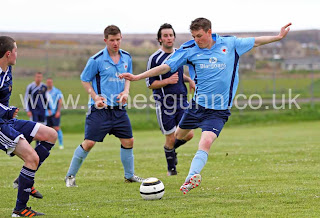 Pentland Utd beat Wick Thistle 5-0 in the Highland Amateur cup today at Ham Park. I caught the 2nd half only and it was already 5-0. Utd had 8 players missing from the starting line up and it shows the depth of the squad they have.

The Stabbies eased off in the second half, but still hit the bar and the post, had a goal ruled out for offside, hit a few just wide and the Thistle Goalie had some good saves. Thistle's centre half, Alan McGee was sent off late in the game for two yellow cards.

The Cup scores were:

The quarter-final draw on 22nd June is: