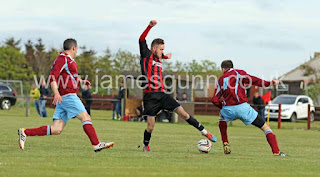 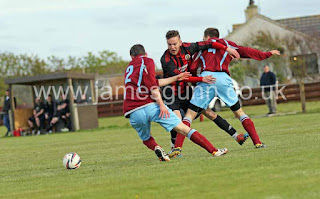 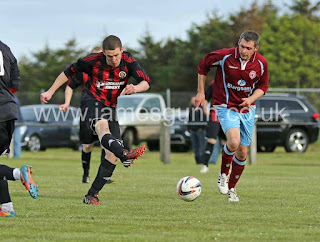 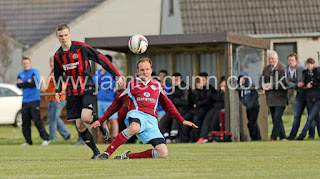 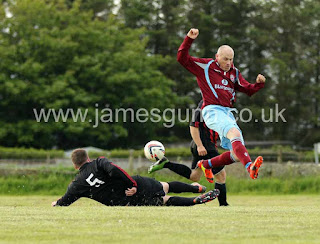 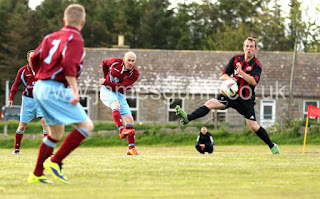 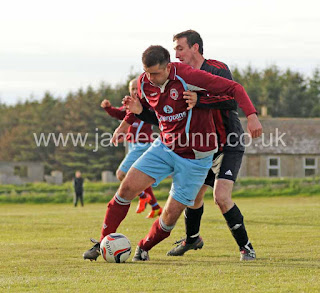 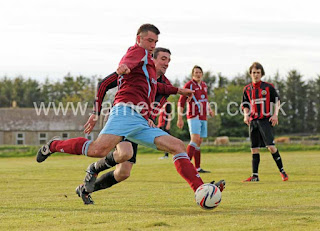 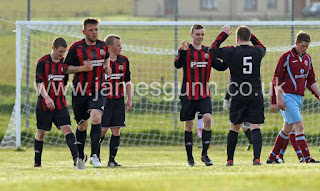 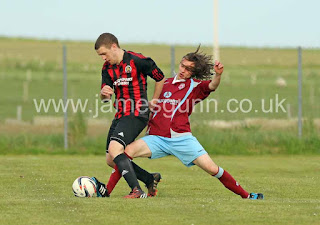 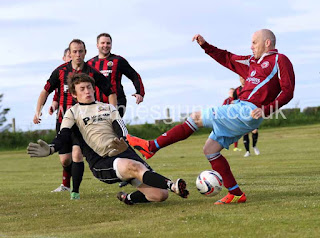 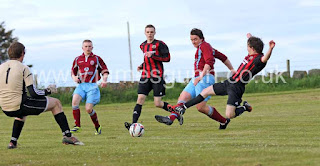 Pentland Utd beat Halkirk 4-2 in the Eain Mackintosh Memorial cup in Dunnet. James MacLean opened the scoring for Utd with a simple header after goalie Keiron MacLeod mistimed a corner ball. Ian MacKay equalised after an electrifying run and taking advantage of a defensive mix up. The first half was pretty even and ended 1-1.

Matthew Mackay scored with a cracking shot early in the 2nd half to stun Utd. Luckasz Geruzel scored with a spectacular overhead kick soon after. Mid- way through the half, Andrew Bremner brought down Geruzel for a penalty.  Geruzel scored to make it 3-2.  Utd piled on the pressure and squandered a few good chances. I had to leave before the end and missed Geruzel scoring his hat trick.