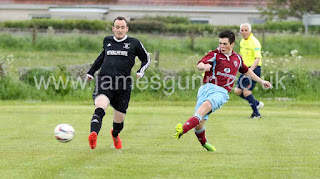 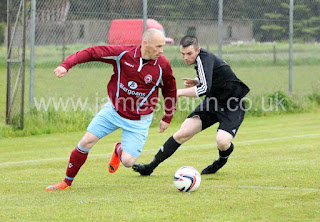 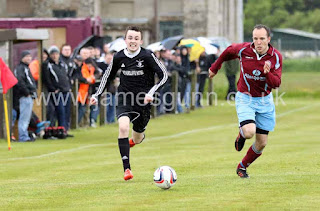 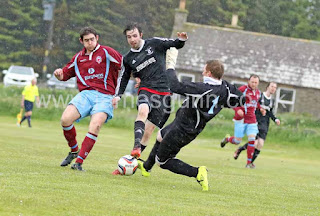 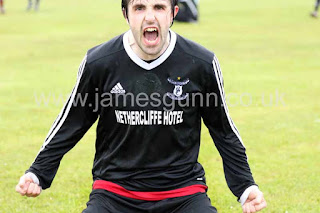 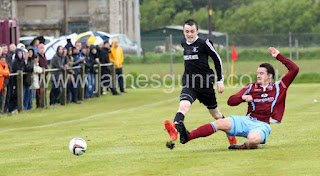 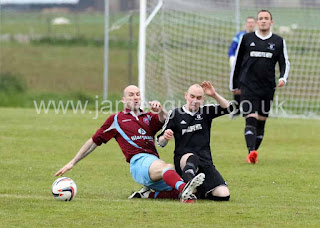 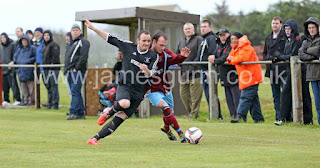 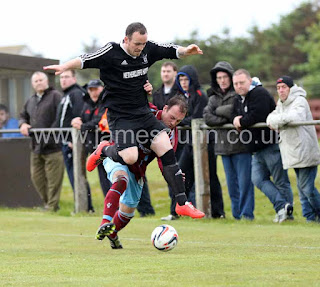 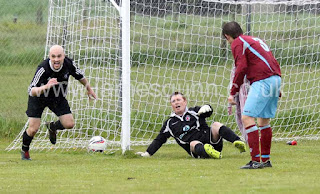 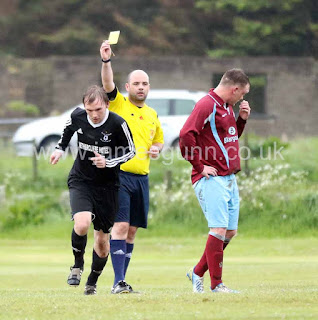 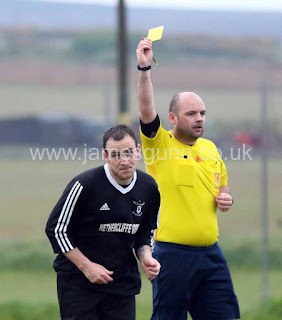 Wick Groats beat Pentland Utd 3-1 at a very wet Ham Park tonight. Nigel Mackenzie scored for United early on, but Graham MacNab scored soon after. Wick hit the post and bar and had two close shots before Grant MacNab slipped the ball through an advancing Michael Gray for the 2nd. Grant's knee slide celebration is the first one I have captured in 8 years of taking football pics!

Grant MacNab scored from a free kick early in the 2nd half to make it 3-1. The last 15 mins saw a flurry of bookings as tempers flared up on both sides.